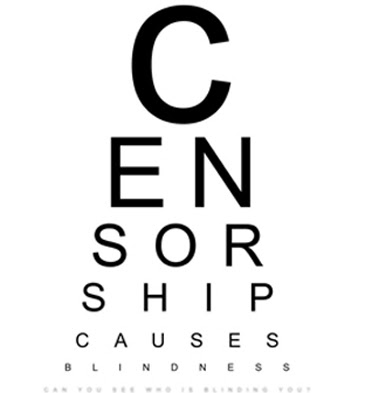 █████████████ If S.O.P.A ███████████ passes ███ ████ ███ ████████. ███████████this could ████ ████ . █████████████ ██████████ ██ █████████ ██████████ ██. ███████████ ██████be the ███ █████ ████future of ████ ███ █ ███████the ███████ Internet ███████ ████.
A few thousand miles away from here, the SOPA and PIPA legislation is being prepared.If approved, it will affect how the internet operates around the world.
You must be aware of the black out by the wikipedia website yesterday. But what is it all about?
It's about a Bill that will be discussed in the American Senate. The bill is supposed to deal with copyright infringement, but if it goes through, it will change the internet forever.. for the worst. Not not just the internet of course, as you could end up being extradited to the US and be put in prison... yes... This bill is as far fetched as it is open to abuse, like no other. Imagine it like this: Shutting down the whole of the Portobello Road Market because someone has a stall selling counterfeit goods...
Looking at some of the detail on the proposed bill, suggests that the individuals who drafted it, know nothing about the internet and its technology, and they couldn't care less for freedoms that we take for granted. Free speech being the one that it's most under threat, but equally it would put us all, in one way or another, as integral parts in the policing and enforcement of this bill – at the risk of being found guilty if we don't.
One of the proposals is to “ allow the government to target sites that simply provide information that could help users get around the bills’ censorship mechanisms.” This would apply to all websites, not just the ones in the US. User generated content sites, such as Facebook or Youtube, would be prime targets. Even this site, thesourcemag.net, could be considered a threat if one of you were to make a comment in an article with a link to another site deemed “illegal (or suspected of being so)”. Another target of this bill would be Open Source Software as legal obligations to blacklist domains would be an utter catastrophe. We at the Source Mag use Open Source Software to run this site, and without it, we wouldn't be here. This is also probably true for many items you use on your phone, computer or other digital devices.
The list goes on. The level of non-sense in this bill knows no boundaries.
If it were to be implemented, the only ones who would benefit from it, would be the very large corporations, and their lawyers. As it stands, the law already has mechanisms in place to deal with copyright infringement. And it's already being abused anyway, as the recent extradition to the US of TVShack's Richard O'Dywer suggests.
As Reddit co-founder Alexis Ohanian explainedd, PIPA and SOPA are “the equivalent of being angry and trying to take action against Ford just because a Mustang was used in a bank robbery.”
Below are a couple of videos that will give you a pretty good idea as to where this is heading. No wonder Wikipedia felt the need to shut down its English language site in protest.
What can you do?
Make sure your MP knows your feelings about this.
Links:
http://en.wikipedia.org/wiki/Wikipedia:SOPA
https://www.eff.org/deeplinks/2012/01/how-pipa
{module Facebook FanBox for articles}
{module Related articles}