A+ A A-
medyum bariyer web tasarım
By Susana Walker

When The Source Mag  approached me and asked me for my thoughts on 21/12/12, I thought: Wow! Where to begin?
Do I begin with the Apocalyptic Bible prophecies that seem to be fulfilling? The New York Hurricane resulting in a subsequent flood of Biblical proportions? New York is a city that seems to ranki high on the prophetic bad-Karma scale. It featured in Nostradamus’s Twin tower prediction too. Not as high as the Nation of Haiti however, who seem to jerk from Hurricane to Earthquake.
Or perhaps I should look to the Mormons and the reason they’re all stockpiling Post Romney’s recent Presidency bid? The Mormon Prophet Joseph Smith is believed to have said that when the Constitution was hanging by a thread, Mormon elders would step in upon the proverbial white horse to save it. This became known as The White Horse Prophecy and signalled the arrival of their Judgement Day. His successor, Brigham Young wrote in 1855: “When the Constitution of the United States hangs, as it were, upon a single thread, they will have to call for the ‘Mormon’ Elders to save it from utter destruction; and they will step forth and do it,” Romney and Huntsman are both members of the Mormon faith. Their recent bid for power sped Mormons Worldwide to a Supermarket sweep of their nearest convenience stores.
Are we going to be hit by Planet X, Nibiru or a Comet destined for Earth? NASA has set up an entire Website designated to allay such fears. With regard to the question of impending unfavourable Planetary Alignments they maintain: ‘even if these alignments were to occur, their effects on the Earth would be negligible.’ 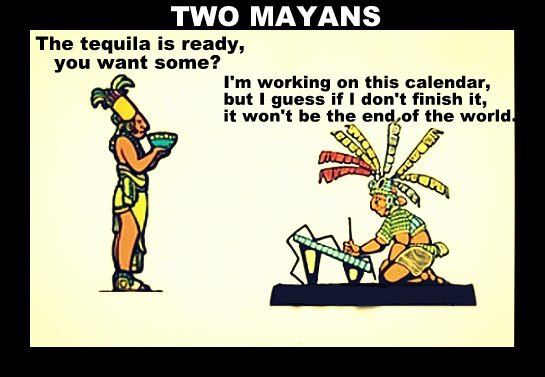 medyum bariyer web tasarım
Now to the most discussed phenomenon, the ending of the Mayan Calendar. Surely if a Nation that without the use of Telescopes and today’s technology correctly calculated the cycle of the Moon to within 34 seconds of what we know it to be today, then surely the fact their calendar ends on this date means the World will definitely stop turning on Winter Solstice 2012?
An unfortunate fact is this doom and gloom speak has driven many vulnerable people to despair. The entire Globe is on heightened suicide alert and with the current Economic and Political unrest, it is hard to imagine there will not be a human toll on some level. The Russian Government has addressed its people stating the World will not end in 2012. French officials have had to ban access to a Sacred Mountain which believers claim will be refuge from a Mayan Apocalypse. Add to all this hysteria, escalating Climate Change and it would seem death for some is indeed inevitable.
But is this due to the 21/12/12 Phenomenon? I would say: Yes but more importantly No!
Apologies for the duality but that is Life! Dark and Light, Yes and No, Lies and Truth, Love and Hate. Such polarities until now, have defined the way in which we humans experience existence. We have lived our lives in Reaction, each Generation responding to the legacies of its predecessor. Each feeling the need to be richer, more technologically advanced, more scientific. Yet despite all these advances one in three dies of Cancer, we still have food shortage and water even in Developed countries after a dry spell, World Debt, and hardly anything we put in our mouths is natural or escapes genetic modification.
Enter the Apocalypse, Greek definition: Lifting of the Veil.
We are witnessing a culmination of events, perhaps timed to this Winter Solstice, perhaps not. But for sure more lies are being revealed and action taken against them than ever before. So how can we summarise this?
Change is coming. And it is long overdue! 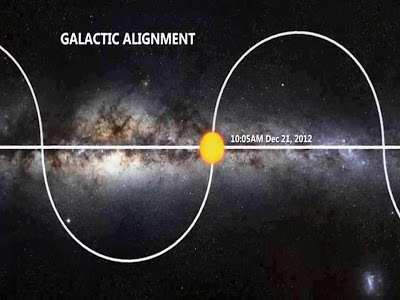 In my work as a Healer I have been preparing my clients for this month over the last two years. I predicted that those who did not work on their ‘Stuff’ before December 2012 would find themselves in that Karma or lesson in the run up. This indeed seems to have played out. Not just for client but Healer too. What I believe to be occurring is a much needed Shift in Consciousness that is fulfilling many Prophecies and in order to survive we are only required to invest in two simple emotions: Love and Forgiveness. We begin with Self Love and Self Forgiveness. Then, we extend this to everyone else: The Politicians, Doctors, Agricultural Scientists, in short: the people who have royally pissed us off in our lives.
The Planets seem to be conspiring to facilitate this Shift, simply explained by their increased proximity. The other night I stood on my doorstep with a client and directed her to look at a Moon, so close it seemed we could touch her. I remarked: That’s interesting I can see Venus and that looks like Mars directly opposite. I returned to my Laptop and there it was on an Astronomy site: Mars opposing Venus. I could see them with my eyes, no Telescope required just like the Mayans could all those years ago.
Have we come Full Circle? Have we learned our Lessons? Could that be why the Mayans felt we would no longer require the assistance of their Calendar? I hope so!