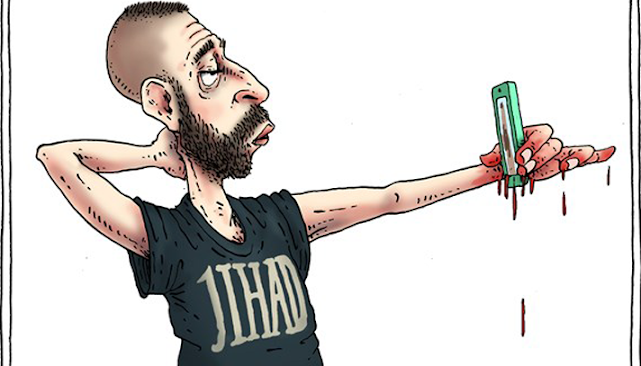 Following the article published by the Standard on many jihadists coming  from the streets of North Kensington, we thought it was about time we published this different take on its appeal. Tom Pride writes.

The Syria crisis: the top 10 best and worst dressed fighters:

1) These tight-fitting, three quarter length pocketless trousers combined with a black short-sleeved shirt edged with understated stripes in white and red should be a hit. But combined with a blue and white long-peaked baseball cap and chunky sleeveless over-vest, it all adds up to a disappointing miss.

2) The crisp white smoothness of the cotton turtle neck contrasts nicely with the masculine copper tones of the bullet belt. A look that’s normally difficult to carry off and in our opinion this is a miss.

3) Don’t be fooled by the apparent casualness on display here. The homeliness of the woollen sweater combined with the closely woven heavy raw cotton scarf tied casually around the head sets off the carefully cropped beard very nicely. It takes a lot of time, effort and thought to create a casual look like this. A hit!

4) Minimalism is usually a winner in our opinion but Abu’s monochrome combination of grey long-sleeved collarless shirt and black head scarf contrasted with the full blackness of his beard is striking but ultimately lacks overall cohesion. We suggest a blood red brooch or a necklace in deepest sea green with matching watch strap would add that “je ne sais quoi” to the overall look. Sorry Abu – a near hit but ultimately a miss this time. 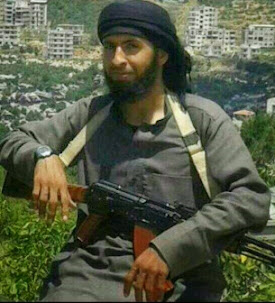 5) Beautifully tailored calico cream baggy trousers combined with layers of blue, white and pink look sensational. It takes real talent to create a look like this. A definite hit!

6) This ISIS jihadee wows in an elegant brown suede finger-length jacket matched with sharply tailored figure hugging Capris trousers and a cap-sleeve T shirt with a cut-out back detail. He has accented his look with a classic pink checked Arafat scarf from the designer’s exclusive Blind Faith Collection. A hit.

7) Keeping it sleek and modern in a Ralph Lauren caped cotton hooded gown, delicately embroidered with floral-themed decorative lettering and matching flowing Pallazo trousers, never before has rebellion looked so good. A hit! 9) Not to be outdone by the men, this female jihadist has gone for classic Hollywood glamour in a strapless Givenchy face scarf with monochromatic detailing. Although she has accented the look with a classy grey and black Bulgari silk-print headband and wrap-around Prada sun glasses the overall look says wannabe rather than gonnabe. A miss!

10) Classic Italian styling never goes out of fashion and even in the middle of a war zone, consummate understated Italian tailoring can make the modern freedom fighter look cool, stylish and sophisticated in the heat of even the hottest battle.  Dolce and Gabbana, Armani and Bellini will never go out of fashion as one look at this hunk – who is wearing a Gianni Versace 2-piece navy lounge suit with pocket piping combined with sexy black silk jockey shorts - will blow away any doubts. Along with stunning shoulder-slung accessories like this – it can’t help but be a big hit!

Tom Pride has his own blog where this article was first published - http://tompride.co.uk/

With thanks to the following photographic sources: