Local actor, writer and director Spencer Hudson' short film ‘CIRCLES’ has been nominated for an award at this year’s Portobello Film Festival.
The Grand Ceremony will take place at the Pop Up Cinema on Acklam Road under the Westway this Sunday 15th September. Entry to the ceremony is free and the evening will begin at 6pm with screenings of some of the Shortlisted films with the Awards starting around 8pm. There are ten Golden Trellicks to award in a variety of categories and a special West London Film Network prize of £1000 for the favourite London film this year.
Filmed on location in West London and in a fully operational car impound in East London, ‘CIRCLES’ is a fast paced comedy of errors that follows a day in the life of Charlie (ALI COOK, ‘Get Lucky’, ‘Outside Bet’) and his girlfriend Sara, who is unintentionally six months pregnant (Model/Actress KATIE BALL and Notting Hill local who has worked with ‘Rankin’, ‘Mario Testino’, ‘Vogue’) as they view yet another Notting Hill apartment Charlie can’t afford to rent. 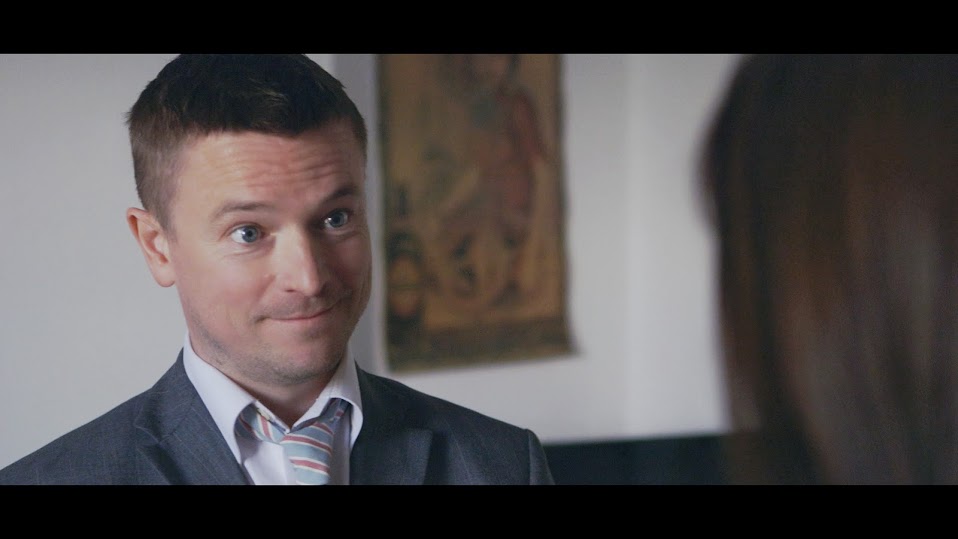 The viewing turns into a slanging match between Charlie and a cocky and smarmy Estate Agent, (played by Kensal Rise resident and actor CRAIG KELLY, ‘Queer as Folk’, ‘Coronation Street’). And when Charlie and Sara return to where their car should be parked they find an empty space. Thinking it’s been stolen, Charlie makes a frantic phone call to the police but is informed that the car has been towed to an impound because he didn’t buy a parking ticket.
After an antagonising taxi ride with a know it all mini cab driver, (a comedy cameo from Spencer Hudson)who inadvertently makes the situation worse, Charlie and Sara arrive at the impound, and instead of following procedure, Charlie takes the law into his own hands and steals the car back when an electronic security gate automatically opens. As they speed off up the road, Charlie is triumphant about making a stand for anyone who’s ever had their car towed ... but everything goes awry when Sara realises it’s not their car. 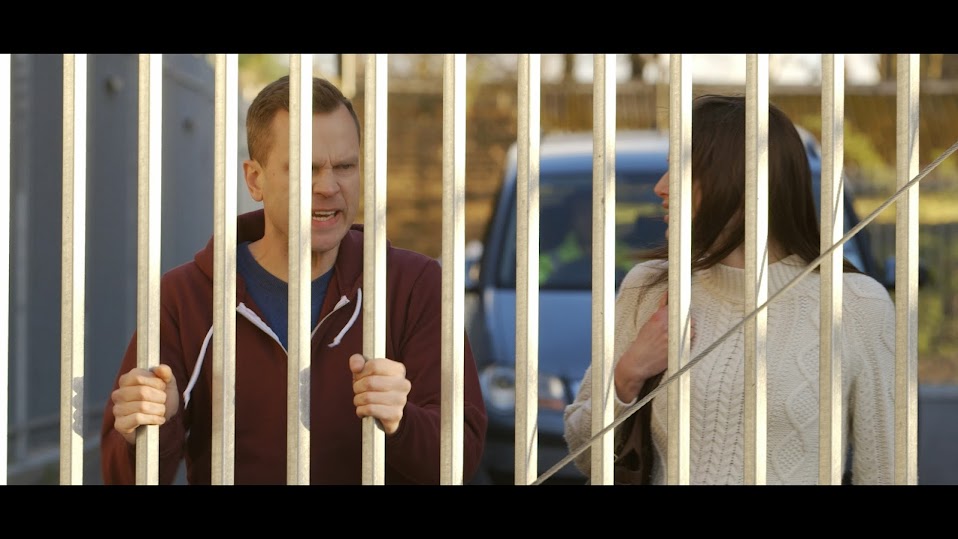 The inspiration to make ‘CIRCLES’ came from a true story about two people, who, after having their car towed in London for accidently parking in a “Residents Only” bay, went to the impound and took the car without paying when an electronic security gate automatically opened. The alleged perpetrators were never brought to justice for stealing their car back, (something to do with a legal loophole about the rights to retrieve your own property as long as no damage is caused) If motorists knew this would they make a stand?
Most people who live in London can relate to how frustrating it is to receive a parking ticket, or at worst getting their car towed or clamped for something that is not proportionate to the alleged offence, such as parking on a single yellow line or accidently putting a ticket on upside down. It's the all too familiar, one minute the cars there, the next it's not, and after much time, heartache and hundreds of pounds later it’s returned to the rightful owner. 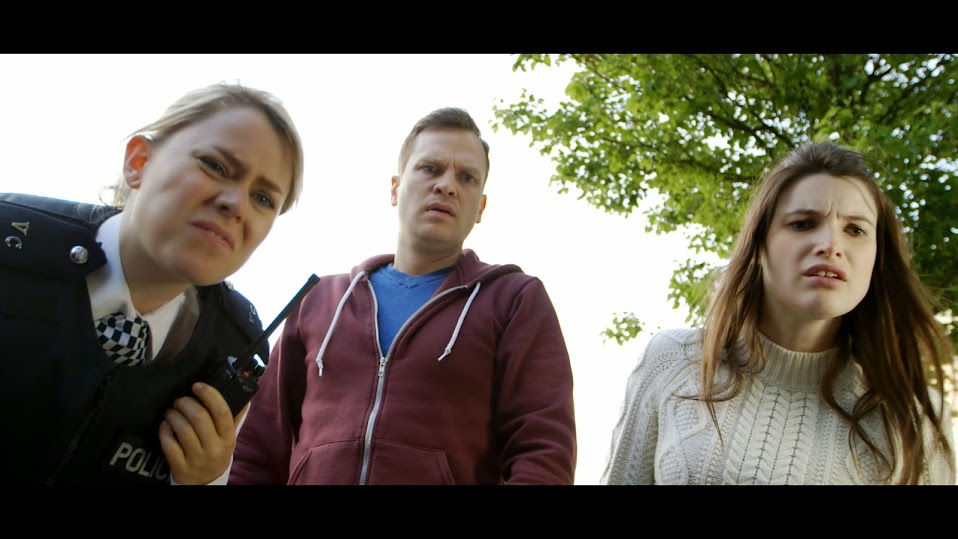 Then there’s the extreme, as reported in the Evening Standard a few weeks ago, about a man whose car had broken down near Parliament. After calling the AA, he put a sign on the windscreen and went for a quick sightseeing tour only to return to the car fifteen minutes later to find that the Police had undertaken a controlled explosion on the boot. To add insult to injury, a Traffic Warden arrived and put a ticket on the now wrecked car, closely followed by a tow truck, which quickly relieved the owner of his vehicle, taking it straight to a car impound.
‘CIRCLES’ has been received very well on the American comedy festival circuit after being featured at the LA Comedy Festival, Friars Club Comedy Festival in New York, and the 15 Film Festival in North Carolina. It had its London premiere at Portobello Film Festival and is currently in consideration at a selection of comedy film festivals worldwide.
Spencer made the film with long-term collaborator and producer Cairine MacBrayne who he meet in New York whilst studying method acting at the Lee Strasberg Theatre and Film Institute. Notting Hill resident and Bafta nominated Director of Photography, Neil Harvey shot the film, with local resident Lesa Green executive producing.
Hailing from the local area, the cast and crew are ecstatic that ‘CIRCLES’ has been nominated for an award at Portobello Film Festival. Alongside Wade Bayliss’ short film BIRDS FLY SOUTH in which Spencer played the role of ‘Fraser’. 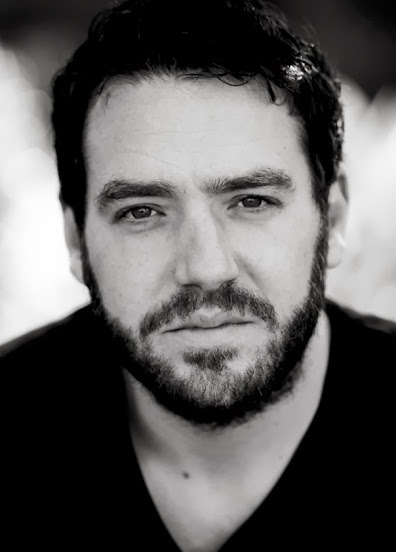 Who is Spencer Hudson?
Spencer Hudson is an English actor, screenwriter and film director who began his career in film in 2002 as an Actor and Film Consultant on REHAB - A BBC Drama directed by Antonia Bird. This led to further roles as an actor and consultant on TOP BUZZER, RED LIGHT RUNNERS, CRACKER and THE DA VINCI CODE.
After receiving a scholarship to attend The Lee Strasberg Theatre & Film Institute in New York, Hudson went on to direct HAVE YOU GOT ANY CHANGE? - A documentary about homelessness in New York, which was selected by 'Young NYC Directors Films' and screened in conjunction with the opening of COLD SOULS starring Paul Giamatti.
Hudson returned to London and directed WALL OF DEATH - A documentary that followed the lives of six ordinary people as they trained to become Wall of Death Riders. He is the writer and director of CIRCLES and is currently developing two comedy feature films and a comedy drama TV series with producer Cairine MacBrayne. Recent acting credits include the role of Fraser in Wade Bayliss’ short film BIRDS FLY SOUTH, and playing opposite Keith Allen as ‘Keats’ in Ray Jones’ play CARRY THAT WEIGHT at Hay in the Parc Festival.
Films website here: www.circles-film.com
{module Facebook FanBox for articles}
{module Related articles}